I would like to seize the opportunity of my first participation to the Mediterranean website to raise the issue of radicalisation as a concept, which has permeated the political and media discourse in Europe in general, and particularly in France, since the attacks of 11 September[1]. Today, the notion is widely used to grasp the phenomena of violence, while its relevance and legitimacy as a notion belonging to the security agenda remains rather controversial.

What exactly is radicalisation in the French context?  How has the term become a structuring element of political and media discourse when it comes to violence against civilians in the name of Islam?   Is it legitimate to over-determine the religious and the Islamic categories of a notion that has long belonged to political and social movements?

One of the definitions of radicalisation in the French political field is the one provided by the academic Farhad Khosrokhavar who describes radicalisation as “a process by which an individual or a group adopts a violent form of action, directly linked to an extremist ideology with political, social or religious content, which challenges the established order”[2].

From the outset, this definition emphasises processual aspect of radicalisation and highlights furthermore the stages that shape it before its transformation into a violent form. In this perspective, Khosrokhavar’s typology echoes Randy Borum’s study, “Rethinking Radicalization”, published a few years earlier in which he states that radicalisation is “less about why people engage in terrorism and more about how they engage in it”[3]. The processual angle raises from the outset the difficulty to grasp an action that has an unspecified content, and whose beginning, but also its end, remains elusive.

However, before getting further, it should be pointed out that some Anglo-Saxon researchers remain sceptical about the suitability of the term radicalisation. According to Alex Schmid, an international expert on terrorism, “The terms ‘radicalisation’, ‘de-radicalisation’ and ‘counter-radicalisation’ are used widely, but the search for what exactly ‘radicalisation’ is, what causes it and how to ‘de-radicalise’ those who are considered radicals, violent extremists or terrorists has so far been a frustrating experience”[4]. While Rik Coolsaet, another terrorism expert, describes the concept as “ill-defined, complex and controversial”[5].  Marc Sageman, author of the now classic Understanding Terror Networks, shares this view, whilst doubting that a process of radicalisation can exist. For Marc Sageman, it would even be a mistake to confirm the existence of a serious process that is called ‘radicalisation’ – all we have in reality is ‘young people acquiring some extreme ideas-but it’s a similar process to acquiring any type of ideas. It often begins with discussions with a friend[6].

In fact, the attacks committed against civilians in the name of Islam are primarily terrorist acts before being qualified as a phenomena of radicalisation. The Council of the European Union defines terrorism as “offences under national law, which, given their nature or context, may seriously damage a country or an international organisation where committed with the aim of seriously intimidating a population, or unduly compelling a Government or international organisation to perform or abstain from performing any act”[8].  Terrorism is first a political weapon which, however successful it may be, is used in an attempt to bring about political or social change. Radicalisation, on the other hand, is a process of transformation that does not serve a clearly defined purpose and does not necessarily have to be linked to violence. Although every terrorist is a radical, not all radicals are terrorists. This implies that radicalisation processes can move in many directions, including non-violent ones. In the case of some Muslim believers, radicalisation may be associated with a strong commitment to their religious practices that can be termed extremist.  Nevertheless, such rigid practice of religion should not be characterised as a weak or strong sign of a behaviour that may necessarily lead to violent actions. In some cases, such behaviour may be an indication of an identity claim that has become increasingly strong in recent years.

Unlike the Twin Tower attacks, the 2005 London terror attacks introduced the notion of “homegrown terrorism” into political and media discourse. Now that the threat of terrorism is domestic, the term ‘radicalisation’ is emerging as an appropriate concept to capture and understand how, rather than why, individuals born, as in the case of 2005 attacks, in England and educated in English schools and thus seemingly part of English society have been able to turn against the society in which they live. Radical jihadist or Islamist orientation seems to offer an answer to this question. Similarly, radicalisation from the French website definition, radicalisation now stands for only Islamic drive in the minds of many people. However, an individual radicalisation is a process triggered by a combination of factors that involves a radical change in attitudes and behaviour and the break-up of social ties.

On closer examination, the shift from “radicalisation” to “radical Islam” is more than a mere change in vocabulary. It reflects the expansion of the fight against terrorism to a new area that essentially concerns the processes by which individuals change their behaviour, and thus possibly foreshadowing a transition to violent action.

Islamist ideology is generally regarded as a precondition for the emergence of the radicalisation process. Accordingly, security measures designed to counter this process are mainly targeting those ideas labelled as extremist.  Mosques and imams are perceived to hold radical discourses if their preaching contain religious themes that push Muslims to become more engaged in their faith and practice. The dividing line between strict adherence to one’s faith and the perception of radical behaviour is now too blurred.  It establishes a mechanicity between ideas considered dangerous and the internal processes leading to the transition from radicalism to violence.  Roland Marchal and Zekeria Ould Ahmed Salem wonder whether this mechanics corresponds to a political choice which in reality targets several groups: terrorists and their possible mastermind, but also expressions of political Islam which are regarded as an existential danger for laicity[9]. Particularly, since the identification and “radicalisation” criteria seem to focus solely on the case of radical Islamism, whereas most of scientific approaches show that everything is potentially subject to radicalisation.

[1] In a 2016 study, Rik Coolsaet points out that the concept of ‘radicalisation’ first appeared in a European Union working paper in May 2004. It refers to the trajectory that an individual undertakes in leaving his or her so-called “normal” state and moving towards the terrorist act. Facing the Fourth Foreign Fighters Wave. What drives Europeans to Syria, and to IS ? Insights from the Belgian case, Brussels, Egmont Institute, Egmont Paper81, March 2016.

Previous article Center for religion and the Human – Indiana University 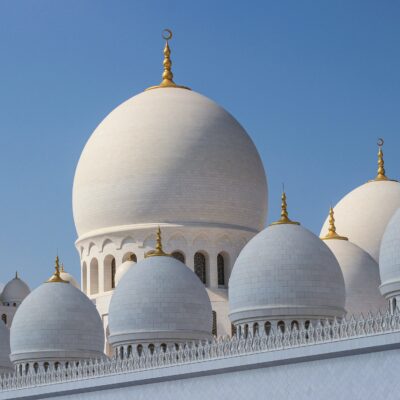 Macron’s Doctrine and the Externalization of Islam (by Mohammed Hashas, Foundation for Religious Studies John XVIII) 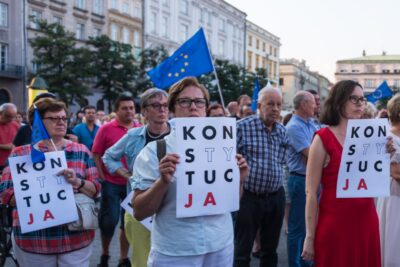 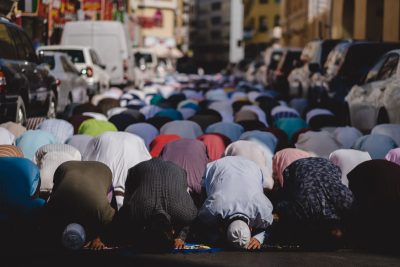